Initiator and Director of the International Cargo Bike Festival (ICBF) and Fietsdiensten.nl 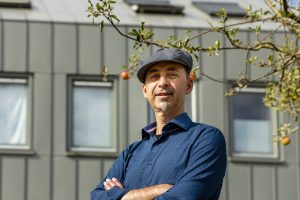 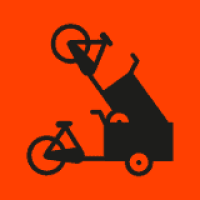 Since 2004, Jos Sluijsmans has dedicated his professional life to the promotion of the (cargo) bike, cycling, and cycle logistics as the most healthy, sustainable, inclusive and efficient mode of transport. His diverse roles have included bike messenger, cycling teacher, organiser of bicycle events and debates, and consultant. In 2012 Jos organised the first Cargo Bike Festival in Nijmegen, The Netherlands. After six editions in Nijmegen the ICBF took place in Berlin in 2018, and in 2019 in the city of Groningen. The 2022 edition is the first since the Covid-19 pandemic hit.

In addition to his work at ICBF, Jos has also been a partner in research projects on city logistics of the Amsterdam Uinversity of Applied Sciences, including LEFV-LOGIC and GO ELECTRIC. He also gives guest lectures on cycle logistics. Together with Tom Parr, Jos runs the RIPPL.bike project and is also a proud member of the Dutch Cycling Embassy.

See page 17 of this year’s ICBF Magazine for Jos’s article about his vision for our cities in 2040.

Opening & Welcome to the ICBF Conference