MOTHERLOAD available at Vimeo on Demand 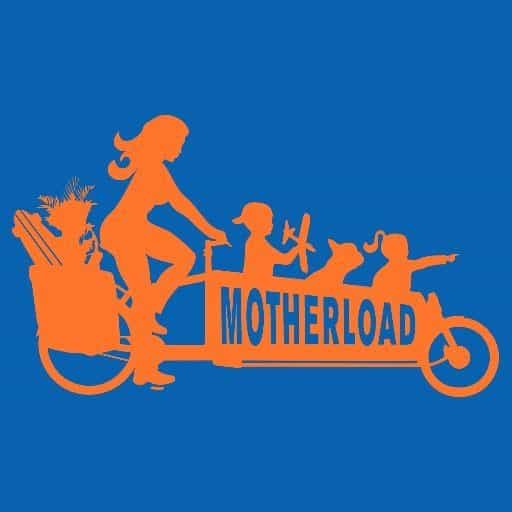 MOTHERLOAD, the award-winning documentary about bicycling as a source of freedom and connection in a gas-powered, digital and divided world, is available to stream now! vimeo.com/ondemand/motherload

In this documentary Liz Canning tries to figure out exactly why cycling is such a powerfully positive experience for her, and so many others.

In February 2014 Liz Canning contacted the ICBF, which at that time was still called the “BakfietsTreffen”, and she told me that she was preparing a documentary on the use of cargo bikes. The work title of the documentary was LESS CAR, MORE GO. Ton Haex did the filming at the ICBF2014 in Nijmegen, inclusing the ECLF Conference, the interviews and of the Cargo Bike Fair. When the years passed by Liz decided to make the documentary more on the meaning of the cargo bike for families, rather than for businesses and cycle logistics companies. The name was changed in MOTHERLOAD. Only the interview with Mikael Colville-Andersen, that we recorded in Nijmegen made it to the final version of MOTHERLOAD, plus some shots of the Cargo Bike Parade of 2016 by Jonathan Oosterhout TubioPlan.

MOTHERLOAD turned out to be an awesome documentary about the potential and the fun of cargo bikes as a game changer, and it will certainly boost the use of cargo bikes around the world. Liz Canning and her team have done an amazing job and we are sure that many, many people around the globe will watch and enjoy MOTHERLOAD.

Quote: “MOTHERLOAD is a crowdsourced documentary about our cultural shift toward isolation and disconnection, what this means for the future of the planet, and how life on a cargo bike could be an antidote.

Filmmaker Liz Canning cycled everywhere until she had twins in 2008. Hauling babies via car was not only unsustainable but took the freedom and adventure out of life, and Liz felt trapped. She Googled “family bike” and uncovered a global movement of people replacing cars with cargo bikes: long-frame bicycles designed for carrying passengers and heavy loads. Liz set out to learn more, and MOTHERLOAD was born.

As Liz meets cargo bike inventors, riders and advocates all over the world, she contemplates the increasing tension between modern life and our hunter-gatherer DNA. She discovers the history, and potential future, of the bicycle as the “ultimate social revolutionizer.” When characters in the film encounter cultural resistance—in particular, bikelash focused on women and mothers–MOTHERLOAD draws connections to the struggle of cyclist Suffragettes and women’s seemingly endless fight for bodily autonomy.

Liz’s experiences as a cyclist, a mother, and in the making of MOTHERLOAD, reveal that sustainability is not necessarily about compromise and sacrifice, and there are few things more empowering, in an age of consumption, than the ability to create everything from what seems to be nothing.”

Get your streaming of MOTHERLOAD at Vimeo on Demand now.

There are also some bonus features, some amazing episodes that didn’t make it to the final version.