Features | Behind the scenes: DOCKR’s expansion into Germany and Belgium

Behind the scenes: DOCKR's expansion into Germany and Belgium

BY TOM PARR, CO-ORGANISER OF THE

In the first in a four-part series of articles, we take a look behind the scenes at DOCKR. On a month-by-month subscription, businesses can lease cargo bikes from DOCKR. Based in the Netherlands and founded in 2018, DOCKR is in the process of scaling-up and is ready to expand into two new territories: Belgium and Germany.

In this article, we discover the story of that expansion through the eyes of DOCKR Expansion Managers Nina van Spengen and Shahram Rezasade, and discuss facts on the ground, market potential and cultural differences.

Partners & Supporters of the ICBF 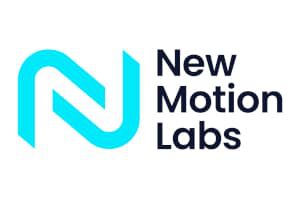 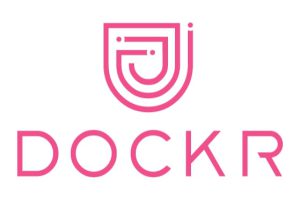 More and more these days, cities are striving towards liveability – a shorthand term for making cities more enjoyable places to live. As part of these efforts the fossil-fuelled vehicle is slowly but surely shut out of our cities. Where the fossil-fuel vehicle has dominated, there now exists a mobility gap in which new, innovative ways of doing business are thriving. One example of this is that more and more businesses and organisations are dipping their toes into the world of cycle logistics.

On the face of it, it makes sense: if it’s too difficult to serve a city centre using a fossil-fuelled van or car, you look for an alternative. But alternatives have not always been readily available. Infrastructure may also be absent, be that cycle lanes, secure and convenient bike parking or charging points.

Even when adapting behaviour saves money in the long run, the initial investment can be a painful one. Change, as they say, is difficult.

Even where all of these elements are present, getting rid of traditional, fossil-fuelled vehicle fleets is a huge step for any organisation. It requires dramatic, root-and-branch changes to business operations – not to mention buy-in from employees. And even when adapting behaviour saves money in the long run, the initial investment can be a painful one. Change, as they say, is difficult.

DOCKR’s B2B customer-focused business model that aims to serve the needs of businesses making this transition by lowering some of these barriers. A model that is now on offer to German and Belgian entrepreneurs…

Following on from the company’s start-up success in the Netherlands, it seems only logical that DOCKR should also set up shop in Belgium. After all, the country was most-named as a top market in the 2021 European Cargo Bike Industry Survey by the 38 cargo bike manufacturers that participated. Germany came a close second – but more on that later.

There are plenty of reasons the move makes sense: geographical proximity, language, and not insignificantly, the cycling infrastructure – which although not identical – is often similar. Nina van Spengen took up the role of Expansion Manager for Belgium in August 2021. Originally from the Netherlands, Nina has a background in management in the US, where she lived for 7 years before relocating to Leuven.

Nina’s ambitious plans involve DOCKR’s Belgian unit scaling up during 2022: “We definitely see a lot of potential. Next year for instance we do want to at least triple in size.” Initially, Brussels and Flanders are the focus areas. The hillier, less bike-friendly, French-speaking Wallonia region may then follow. In 2022 DOCKR’s Belgian team will also grow accordingly.

We definitely see a lot of potential. Next year for instance we do want to at least triple in size.

But that’s not the only factor driving the growth of cycle logistics in Belgium. It’s hoped that a partnership with Brussels-based hybrid consultancy-courier company URBIKE, as well as several other cargo bike dealers, will also help Belgian businesses “They advise businesses on how to take that first step. And if they aren’t ready to buy, the reseller refers them to DOCKR”.

According to Nina, working in Belgium also brings with it specific challenges. “The cycling infrastructure here is less consistent than in the Netherlands. You don’t find bike lanes in every city. And what you find for instance in Brussels is that some roads are in bad condition. There are a lot of old cobblestones. That means the bikes take a lot more damage – which of course has implications for maintenance.”

All problems which Nina is confident DOCKR can overcome. Especially when Belgium holds so much potential for the cargo bike: “In 3 years from now in Belgium, many cars and vans will be banned from city centres” she explains. “This forces people to look for alternatives – they’ll have to. That is one of the reasons why DOCKR entered the market now, to provide businesses with that alternative.”

Over in Germany, Expansion Manager Shahram Rezasade, who also started in the role in August 2021, is solving many of the same issues. Munich-based Shahram has a background in helping sustainable scale-ups expand into Germany, so this is familiar ground for him: “I was looking for companies who actually contribute to the sustainability goals of Germany,” he says “when I came across DOCKR. They were already thinking about coming to Germany, so it was good timing and a good match. We quickly agreed on a business plan and a timeline. Once I got started, I quickly realised that there was a lot of interest among some big players in Germany – mainly in grocery delivery.”

As of now, DOCKR is operating in ten cities in Germany, and Shahram is focusing on building up a team of 12 people in 2022, as well as growing the size of the cargo bike fleet. “I’ll be hiring for roles in sales, operations, customer success, finance, strategy and marketing – everything we need to be able to service that fleet” he elaborates “and at the same time I’ll be expanding the service network too.”

Similar to the Dutch and Belgian part of the business, servicing is carried out by GetBikeService. “That’s a very nice story actually – they’re expanding to Germany as well. They have an operation here in Munich and are building up their team. So, we are growing together: two Dutch companies going to Germany, with each one enriching the other; we are very, very happy with them.”

Once I got started, I quickly realised that there was a lot of interest among some big players in Germany

There will also be a separate marketing team catering to German tastes. “Germany is a car country so we are a little bit behind the Netherlands when it comes to bicycles and cargo bikes.” Despite this, Shahram has a plan to convince them. “For lots of Germans, whatever you want to do, you get in your car and you do it. That means our marketing has to educate people about the benefits of cargo bikes. Not only the sustainability benefits but also the practical ones; that you can do x, y and z on your cargo bike. Things which you would normally do with a car or a van”.

As with many businesses operating in the cycling industry, the supply chain is a big issue for DOCKR. In this case, caused by growing pains which are inevitable for any start-ups and scale-ups undergoing rapid expansions. Shahram is addressing this too, by setting up a warehouse to hold a buffer of stock for the German market. “This will shorten delivery times for our customers, which will make them happy.” 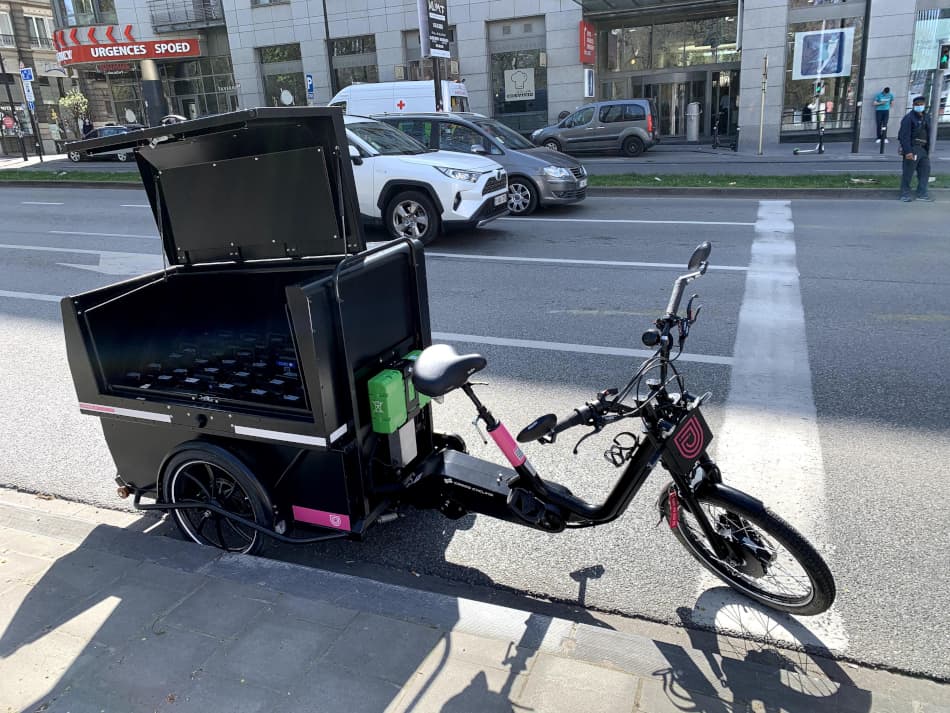 Shahram also reflects on how the German market differs from that in the Netherlands, and how offering agility to retailers can give them an edge on their competitors: “In terms of the customer landscape, you have lots of small retail shops in the Netherlands, who are very local but also deliver online. We don’t have so much of that in Germany, and where they are there, they are less online-savvy. We can help them to change that.” And because Germany is physically much larger than the Netherlands, consumers are used to 2-3 day delivery times from national carriers. “That gives us the opportunity to say to retailers ‘hey, we can help you beat that and offer same-day delivery to your customers’. And that’s something we can really build on.”

This article was supported by 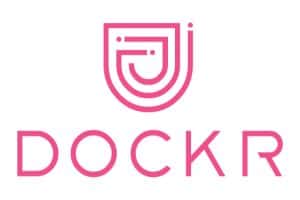 CooP-Africa Blog 1: The Coop-Bike: a cargo bike for Africa
NGO Cycling out of Poverty Foundation (CooP-Africa) builds and modifies various types of bicycles, serving rural and peri-urban communities in Kenya and Uganda. This is the first in a series of blogs for the International Cargo Bike Festival in which CooP-Africa's Luuk Eickmans introduces us to a variety of these life-changing bikes and cargo bikes, and how they are used.
Read the feature >>>
Driving change
Scale-up New Motion Labs is preparing for the future by making changes at the top. We sat down with Founder and Chief Innovation Officer Marcel Fowler and new Chief Executive Steven Senior to find out more about these changes, what drives them and what this means for the company, their customers, and the wider industry.
Read the feature >>>
We need to talk about TCO
As the cargo bike is adopted by more and more organisations across commercial, governmental and voluntary sectors, the demand for a coherent story and vision about the Total Cost of Ownership is becoming increasingly necessary.
Read the feature >>>
Behind the scenes: DOCKR’s expansion into Germany and Belgium
In the first in a four-part series of articles, we take a look behind the scenes at DOCKR. This time, we discover the story of DOCKR's move into Germany and Belgium through the eyes of Expansion Managers Nina van Spengen and Shahram Rezasade.
Read the feature >>>
Anatomy of a cargo bike breakdown
Oxwash on the impact a #cargobike breakdown can have on an organisation, and New Motion Labs on how breakdowns can be prevented.
Read the feature >>>
The connected cargo bike
Luuk Nijland of Cargo Cycling and Andrej Sobotkiewicz of Paztir on how data can streamline cycle logistics for the benefit of riders, fleet managers and clients alike.
Read the feature >>>
Cargo bike by subscription – the story of Oslo startup Whee!
Kari Anne Solfjeld Eid is a Norwegian cargo bike lover, bike activist and entrepreneur based in Oslo. She runs design agency Hoi! Oslo and last year launched Whee!, an e-cargo bike subscription service. This year they’ve extended their offerings with a maintenance subscription service and opened Kiosk, a community-owned coffee shop. This – in her own words – is the story of how they did it.
Read the feature >>>
Cargo Cycling and Swobbee: collaborate to innovate
We sat down with Luuk Nijland, Head of Product Development at Cargo Cycling, and Thomas Duscha, CEO and Co-Founder of Swobbee, to find how out their visions for the cycle logistics intersect, and how this has led them to closely collaborate with each other.
Read the feature >>>
The Business Case for Cargo Bikes
Tom Parr, Co-organiser of the International Cargo Bike Festival, argues that the seemingly humble cargo bike is perhaps the, fastest, greenest and most economical way to carry out last-mile deliveries in cities and should be elevated from it’s current position as a niche technology to a widespread solution.
Read the feature >>>
Interview with Paztir CEO Andrej Sobotkiewicz
As Andrej Sobotkiewicz, Founder and CEO of Paztir, prepares to steer the business into 2021, he talks about the scale-up’s origin story, the challenges of 2020 and how he sees the future of last-mile logistics.
Read the feature >>>
Previous
Next