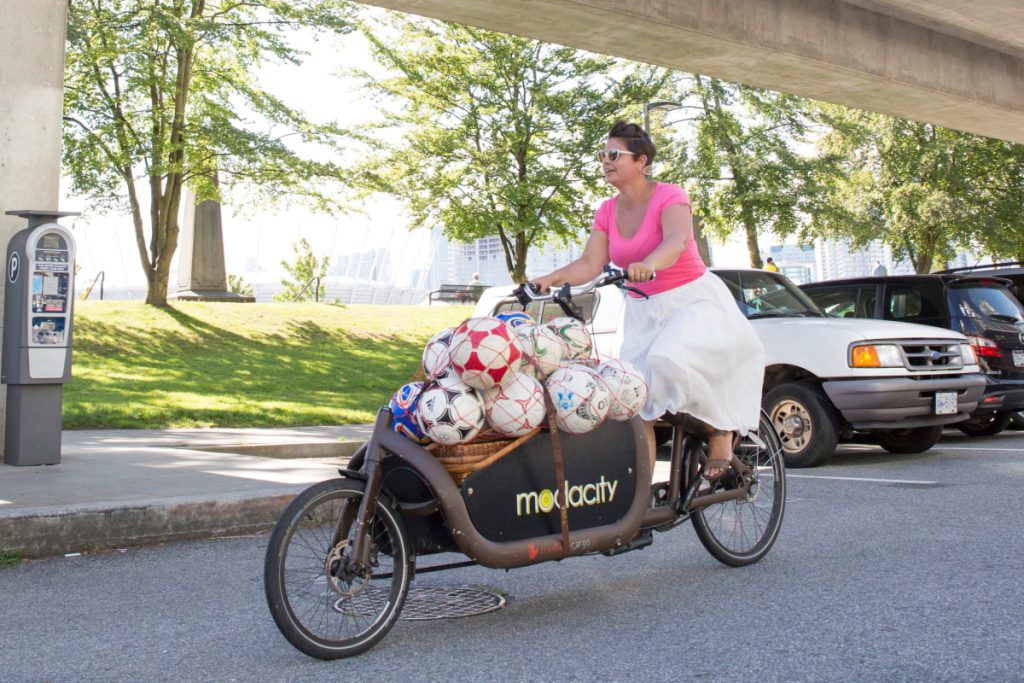 Taking place throughout the day on 27th October, this year’s event occurs as part of the wider World of eMobility show, and is being held at EXPO Greater Amsterdam between 27-29 October.

The 2020s are the #DecadeoftheCargoBike, and Melissa is excited to be a part of bringing together industry leaders in all areas of cargo bike advocacy, manufacturing, policy, and planning. “Having first been introduced to the ICBF in 2017 during the simultaneous Velo-City and ICBF 2017 conferences in Nijmegen, it’s an amazing opportunity to be a part of pushing the conversation forward, especially as we look ahead to a just transition,” she states.

Melissa and her partner Chris first began promoting the value of cargo bikes when they established the cargo bike championship in Vancouver. Since then, they have focused on helping broaden the reach of these functional, sustainable machines; promoting cargo bikes as not only a form of transport, but also city logistics. This has included co-authoring two books, Building the Cycling City: The Dutch Blueprint for Urban Vitality, which includes a chapter on cargo bikes and an interview with ICBF Founder Jos Sluijsmans, and Curbing Traffic: The Human Case for Fewer Cars in our Lives.

In 2019, following her move from Vancouver, Canada to Delft, Melissa and Chris attended the ICBF Conference in Groningen, presenting some of the Dutch cycling history and research contained in their first book, as well as participating in a number of exciting activities, including testing out a few cargo bikes with their two children. In fact, Melissa and Chris gave the closing keynote in Groningen, so it is all too fitting that she picks up the baton three years later at this, the following ICBF Conference.

For Melissa, participating in this year’s event is an opportunity to continue reinforcing that interest, using her more recent experience as a Communications and Engagement Advisor with Mobycon and working with organisations around the world to help encourage meaningful dialogue throughout the conference.

With speakers from all over the world in attendance, and as an international representative for happier, healthier, more cyclable cities, Melissa will be an enthusiastic and passionate host for the ICBF 2022!

The ICBF Conference is just one part of the speaking programme at this year’s ICBF. We’ve gathered a diverse group of cargo bike experts and entrepreneurs from businesses, NGOs and governments from across the world to speak at ICBF 2022. Also speaking will be a number of our ICBF Exhibitors, such as Aigars Lauzis of BeTriton, , Robin Haycock of Fernhay, Michel van Eijnatten of Fulpra and Fabio Todeschini of Blubrake.

In parallel, World of eMobility has gathered an equally eclectic selection of e-transport experts to speak at their WOE Talks programme. So whether you want to find out more about regulation and standardisation, or get the back-story behind some of the ICBF’s exhibitors’ products, we’ve got something for everyone. See you there!

The International Cargo Bike Festival at World of eMobility, takes place between 27-29th October, with the conference on Thursday 27th.

Stay tuned to our website and social media channels for more information on conference speakers and programme.